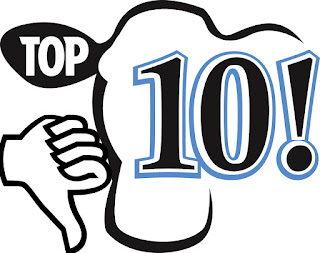 The Anti-Litter Committee has created a "Top Ten" list of locations in Shelton that have a chronic litter problems:

Leavenworth and River Road were saved for later because Committee members had not been able to narrow down which portions were most in need of attention.
The Committee decided to focus on the top three over the summer. Indian Well Road is particularly problematic after hot summer weekends when the state parks is busy.  Beard Sawmill Road under Route 8 is a location the City was already focusing on. And the north end of Canal Street is scheduled for a cleanup this summer by the "Shelton Clean Up Project" group.
Four of the Top Ten locations are on state properties (Indian Well Road, Beard-Sawmill under Route 8, Bridgeport Ave, and the Route 8 ramps), which will be more difficult to address.  The City of Shelton cannot implement its Adopt-a-Street Program on State of Connecticut property, and the State has limited staff for cleaning up highways. The State does have its own Adopt-a-Highway Program, but the Anti-Litter Committee reviewed the program over ten years ago and found it to be too onerous to recommend. Perhaps it has been updated.
Posted by Teresa at 8:34 AM No comments: